On December 23, 2104, is was officially announced that Pontus Egberg joins King Diamond fulltime as their new bass player after preforming with the band as a stand-in on a handful of dates in Europe and an almost sold-out tour in the US.

Pontus has been a member of Swedish rock band The Poodles for the last eight years and 5 albums. It was announced on September 10th, 2014 that he parted ways with them. 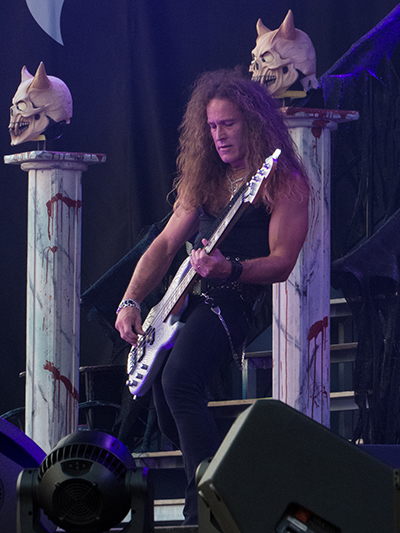